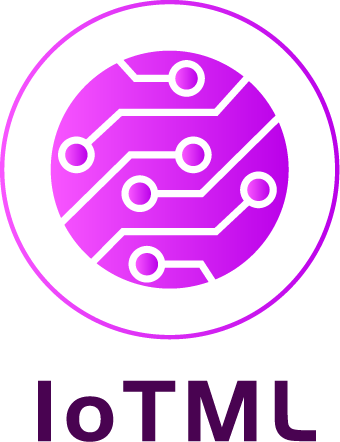 Honorary Professor at University of Liverpool

Steven Guan received his BSc. from Tsinghua University and M.Sc. (1987) & Ph.D. from the University of North Carolina at Chapel Hill. He is currently a Professor and the Director for Research Institute of Big Data Analytics at Xi'an Jiaotong-Liverpool University (XJTLU).He served the head of department position at XJTLU for 4.5 years, creating the department from scratch and now in shape. Before joining XJTLU, he was a tenured professor and chair in intelligent systems at Brunel University, UK. Prof. Guan has worked in a prestigious R&D organization for several years, serving as a design engineer, project leader, and departmentmanager. After leaving the industry, he joined the academia for three and half years. He served as deputy director for the ComputingCenter and the chairman for the Department of Information & Communication Technology. Later he joined the Electrical & ComputerEngineering Department at National University of Singapore as an associate professor for 8 years.

BIO: Dr. Tie Qiu is currently a Full Professor at School of Computer Science and Technology, Tianjin University, China. He holds Young Changjiang (Yangtze River) Scholar Award (2018) and Peiyang Scholar award of Tianjin University. Prior to this position, he held assistant professor in 2008 and associate professor in 2013 at School of Software, Dalian University of Technology. He was a visiting professor at department of electrical and computer engineering of Iowa State University in U.S. (2014-2015). He serves as an associate editor of IEEE Transactions on Network Science and Engineering (TNSE) and IEEE Transactions on Systems, Man, and Cybernetics: Systems, area editor of Ad Hoc Networks (Elsevier), associate editor of Computers and Electrical Engineering (Elsevier), Human-centric Computing and Information Sciences (Springer), a guest editor of Future Generation Computer Systems. He serves as General Chair, Program Chair, Workshop Chair, Publicity Chair, Publication Chair or TPC Member of a number of international conferences. He has authored/co-authored 9 books, over 150 scientific papers in international journals and conference proceedings, such as IEEE/ACM Transactions on Networking, IEEE Transactions on Mobile Computing, IEEE Transactions on Knowledge and Data Engineering, IEEE Transactions on Industrial Informatics, IEEE Communications Surveys & Tutorials, IEEE Communications, INFOCOM, GLOBECOM etc. There are 10 papers listed as ESI highly cited papers. He has contributed to the development of 4 copyrighted software systems and invented 16 patents. He is a senior member of China Computer Federation (CCF) and a Senior Member of IEEE and ACM.

Dr. Gabriela Mogos is an Associate Professor in the Department of Computing, School of Advanced Technology at the Xi'an Jiaotong-Liverpool University (XJTLU), Suzhou, China.She received her PhD in Computer Science from the Alexandru Ioan Cuza University of Iasi, Romania. She followed this with postdoctoral research position at the University of Oradea, Romania. Her research interests are in the areas of Information Security, Cybersecurity and Quantum cryptography and, are driven by a strong desire to bridge computer science and quantum physics, to design new quantum cryptographic protocols, and, to embed quantum-safe equipment in large networks. She has more than 100 academic publications, books, book chapters, and has acted as principal investigator and co-investigator in international and national research projects.

The ability to communicate securely and compute efficiently is more important than ever to society. Over the next 5-10 years, we will see a flux of new possibilities, as quantum technologies become part of this mainstream computing and communicating landscape. All security concepts, such as authentication, encryption but also more involved concepts as computation on encrypted data and secure multiparty computation, would need to be modified to apply to quantum information and quantum computation. Quantum technologies can offer advantages for cyber security research. To view this positive aspect, we should consider the possibility of including quantum steps in protocols with the aim of achieving certain improvement compared to the corresponding fully classical setting. This keynote presentation will explore quantum-technology solutions in the 21st century and their role in cyber security. The speaker will also share the most relevant results of the projects she has worked on.

Dr. Pushpendu Kar is an Assistant Professor in the School of Computer Science at the University of Nottingham Ningbo China (China campus of  the University of Nottingham UK).  Before this, he was a Research Fellow in the Department of ICT and Natural Sciences at Norwegian University of Science and Technology (NTNU), Norway, the Department of Electrical & Computer Engineering at National University of Singapore (NUS) and the Energy Research Institute at Nanyang Technological University (NTU), Singapore. He has completed all his PhD, Masters of Engineering, and Bachelor of Technology in Computer Science and Engineering.  He also completed Sun Certified Java Programmer (SCJP) 5.0, one professional course on Hardware & Networking, two professional courses on JAVA-J2EE, Finishing School Program from National Institute of Technology Durgapur, India and UGC sponsored refreshers course from Jadavpur University, India. Dr. Kar went for a research visit to Inria Paris, France. Dr. Kar was awarded the prestigious Erasmus Mundus Postdoctoral Fellowship of European Commission, ERCIM Alain Bensoussan Fellowship of European Union, and SERB OPD Fellowship of Department of Science and Technology, Government of India. He received the 2020 IEEE Systems Journal (2020 I.F.: 4.463) Best Paper Award. This is one of the seven papers out of 793 papers [top 1%] that have received the award. Dr. Kar is an IEEE Senior Member. He received three research grants as Principal Investigator for conducting research-based projects. He also received several travel grants to attend conferences and doctoral colloquiums. Dr. Kar has more than 12 years of teaching and research experiences, including in a couple of highly reputed organizations around the world. He worked as a software professional in IBM for one and a half years. Dr. Kar is the author of more than 35 scholarly research papers, which has published in reputed journals including ACM TAAS, IEEE TNSM, IEEE Systems Journal, IEEE Sensors Journal, Journal of Building and Environment, conferences including ICC, TENCON, IECON, and IT magazines. He has published two edited books.  He is also an inventor of four patents. He has participated in the program committee of several conferences, worked as a team member to organize short term courses, and delivered few invited talks. He is a regular reviewer of IEEE, Elsevier, Wiley, and Springer journals and conferences.

Data-centric solution for interoperability and security issues in IoT

Abstract: Over the years the Internet has presented great potential for exchanging data between users and data sources (servers) in a packet centric manner over IP based network. Recently, due to changing nature of applications, user requirements, usage pattern peer-to-peer mode of data sharing has evolved, which raise the demand for updating the current IP based Internet. Recently, wide use of content-centric applications like, social networking, YouTube, Netflix, online games etc., enable the users to exchange texts, images, audios, and videos that generate a large amount of Internet traffic. The current Internet is lacking to adopt this content-based data distribution model because of its design. Nowadays, most of the application data delivery model rely on content instead of location of data. So, the concept of using IP addresses to identify location of a data hosted in a server is losing popularity. As well as, scarcity of IP addresses provoked to search for an alternative location-independent Internet technology. So, the necessity of content-centric networking has arisen, where content is given more important than location of the data. To achieve this, the Named Data Networking (NDN) has been proposed, which makes the users capable to exchange data without knowing their location. In addition to this, mobility and security issues are not inherently handled by current Internet but offered as add-on features which are not quite reliable. Whereas, NDN can handle these issues inherently and more efficiently than the current Internet. So, we are targeting to shift from IP based to NDN based Internet technology, steadily but smoothly.